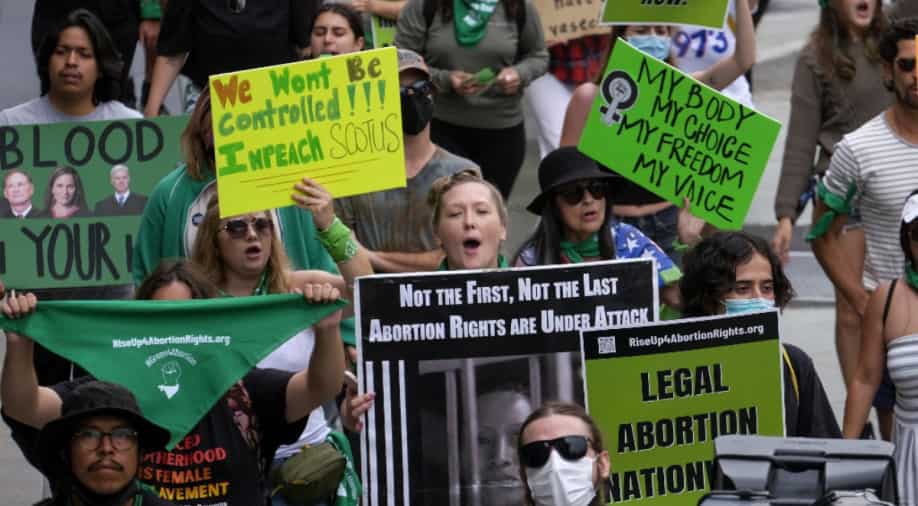 Following the US Supreme Court’s verdict banning abortion in the country, online privacy has become a myth as Big Tech companies are collecting the personal details of their users for tracking and surveillance.

After investigators obtained private Facebook messages between a mother and daughter in Nebraska they were charged with terminating the teenager’s pregnancy.

Highlighting that Meta “always scrutinises every government request we receive to make sure it is legally valid”, the company said it received a legal warrant from law enforcement about the case, which did not mention the word “abortion.”

According to its transparency report, the company gave investigators information in about 88 per cent of the 59,996 cases in which the government requested data in the second half of last year.

Also read | Why is abortion ban in US more challenging for servicewomen?

Caitlin Seeley George, campaigns and managing director at the nonprofit rights group Fight for the Future, told Associated Press that “Meta must flip the switch and make end-to-end encryption a default in all private messages, including on Facebook and Instagram. Doing so will literally save pregnant people’s lives.”

In the age of digitalisation, activists fear that people’s personal data could be used to prosecute people not only those who seek an abortion but also those who assist them.

In an investigation, Vice News found that anyone could buy a weekly trove of data on clients at more than 600 Planned Parenthood sites around the country for as little as $160 until May.

From income bracket to time spent at the clinic, the files included information that third-party apps or tech companies collect from their users.

After she sought medical care for a pregnancy loss, a Black woman in Mississippi named Lattice Fisher was charged with second-degree murder in 2017.

During her trial, she was indicted on a second-degree murder charge based on her online search history including queries about miscarriage and abortion.

Tech companies have said little about how they might cooperate with law enforcement or government agencies trying to prosecute people seeking an abortion where it is illegal, although many of them have announced policies to protect their own employees by paying for necessary out-of-state travel to obtain an abortion.

After facing accusations of allegedly deceiving millions of mobile phone users by enabling the collection and sale of their personal data to third parties, Democratic lawmakers asked federal regulators to investigate Apple and Google.

Following the Supreme Court’s decision, Google announced it will automatically purge information about users who visit abortion clinics or other locations that could trigger legal problems.

To avoid legal trouble, activists have urged people to turn off phone location services when they are seeking reproductive health care.

They have also suggested they use more privacy-conscious web browsers such as Brave, Firefox and DuckDuckGo.

Recommending them to double-check their privacy settings, they believe that turning off ad identifiers on both Apple and Android phones is another method to ensure their data is not accessed by other parties.